My son and I drove to Manhasset, a suburban town not known for diversity, where the nearest art cinema is improbably located. Several years ago, while driving home from Manhasset, after a Saturday night movie date night, my husband and I were followed by a car of rowdy young men. They shouted anti-Jewish slurs at us as our humble Toyota Camry crossed the border between what had been a restricted community for decades and our gilded ghetto. It had been a long time since I’d been the victim of overt prejudice and my inclination was to survive by quietly enduring indignity and terror. The next morning, consumed with guilt at my silence and fearful these young men had harmed other people (perhaps out late walking their dogs), I finally called the police and reported the incident. The police officer politely took my bias complaint (including a vehicle description but, alas, not the plates), told me there had not been any other reports, and demonstrated suitable outrage. There was a tiny part of me that wondered if this officer knew the perpetrators or suspected who they might be – a brief moment of “thou doth protest too much” – but I was grateful that he cared. I did not feel outrage over what had happened, only a great weariness. My D.N.A. does not allow me to feel entitled to safety – in America or anywhere else.

While telling my son this story (after his used car had been re-parked, to my maternal satisfaction, much closer to the curb), I realized that seeing this film for the second time in his company would generate some form of hermeneutics-driven discourse. How many layers of Spike Lee’s powerful film could my son appreciate and what information might require additional translation and explanation? Surely I lack expertise when it comes to evaluating the relative liberating merits of 1970s “Blaxploitation” flicks…My newly religious son has been living outside the United States for most of his adult life and first encountered genteel anti-Jewish sentiment (as opposed to childhood accusations of murdering a deity) while attending college and graduate school abroad. He grew up attending diverse progressive schools in Brooklyn before we moved to a predominantly Jewish, more than two temple town, known for having superb public schools. The ethos of public education was in the forefront of his life until recently. Part of me wishes we’d stayed in Brooklyn and that he’d attended the Jewish, left of center Hannah Senesh School. Under those circumstances, perhaps many challenges might have been finessed. But, as the Jackson Browne song “Fountain of Sorrow” states, it only “seems easier sometimes to change the past.”

To our mutual delight, my son discovered that “Sno-Caps” are kosher. Painful previews were mitigated by a sweet, edible distraction. I’m thrilled that, instead of eating the entire box, the candy (and calories from sugar) could be swiftly divided and consumed before the film began. It’s fun and rare to share such snacks as my Spartan Spouse has yet to meet a concession stand worth supporting. My Depression Era parents never purchased popcorn, candy, or soda at the movies as that would have been 1) wasting money on 2) unhealthy snacks. Tonight, I felt the indulgence of our purchases and silently celebrated my good fortune. I could treat my son to this important cinematic experience in style, due in part to movie passes from my husband’s union. True, we weren’t hanging out in the city, at the Thalia, the Metro, Cinema Studio, or Lincoln Plaza Cinemas, but out of all of those art houses, only the renovated Thalia remains.

During the opening clip, I realized that my son had no idea he was watching a scene from “Gone with the Wind” depicting defeat of the Confederacy. He never saw that film or read the novel, wouldn’t know Scarlett O’Hara from Melanie Wilkes, Mammy from Prissy, and has no concept of “Dixie” – either sung or whistled. He did recognize the Confederate flag, which my husband and I had observed flying in rural Connecticut this past spring. Those flags were on display close to the road and I suddenly realized that we had wandered into a section of the state where the Klan had put down roots many years ago. While institutional racism lay at the root of so many social practices (redlining, white flight, the curtailing of resources for public education) that had shaped my world, it boggled my mind that casual, overt racism existed in bucolic New England. Hadn’t Connecticut fought on the side of the Union? There was Trump campaign paraphernalia outside one of the homes, surrounding the flapping Confederate flag. Indeed, the front yard of the clapboard home was a shrine to a perverse ideal and a warning to strangers driving by. White America’s fantasy life was being made great once again…

“BlacKkKlansman” highlighted the enduring presence of incendiary white supremacist fantasy life. This combustible perceptual framework was brought relentlessly into public view, where it could be confronted, dissected, and possibly defused. As the film unfolded, we experienced the “White Power” dreams for America in candid conversations among the Klansmen. The decision by Spike Lee to bring forward film itself as text/context of white supremacist ideology (re-enactment of racist newsreels and the inclusion of pivotal scenes from “Birth of a Nation”, watched/consumed by popcorn eating/tossing Klansmen and their spectator families as part of the initiation process) further illuminated how these fantasies, and the webs of deception which sustain them, are grounded in reality. The complex screenplay wove and layered the unlikely true story of Ron Stallworth’s infiltration of the Klan and a politicized cop buddy tale/motif into the nexus, moving us into the past, focusing us on the present, and pointing us towards a future that demands resistance. While the voices of certain white supporting characters teetered on the brink of the didactic, their comments foreshadowed the ascent of Trump and achieved cinematic authenticity.

A time of revolutionary transformation was deftly portrayed, particularly in the nascent fictional love affair between Ron Stallworth the undercover officer (who, in the discharge of intelligence duties, spied upon the Left and the Right) and Patrice (perhaps the namesake of Patrice Lumumba and a reminder of the complicity of Western intelligence agencies in this execution) the president of the Black Student Union. Their romantic relationship emerges at a local dive called “The Red Lantern.” We join Ron and Patrice on the dance floor, enter their world, and, by the end of the movie, are given hope that enchanted places exist where people can come together to confront injustice and change the world. “The Red Lantern” summons us…”The Red Lantern” helps light our way forward…These landscapes and dreamscapes foster revolutionary possibility as they create space for independent, critical thought, accountability to the law, and new, unanticipated forms of social connection.

On our way home, my son tells me that he, like the character of Jewish undercover officer Flip Zimmerman, has passed for white. But he recognized and appreciated the quote from Hillel in the film during the Stokely Carmichael/Kwame Ture speech about an end to self-hatred and the need for Black Power. I remembered how my mother, a refugee from Poland, spoke about “passing” for a non-Jew given her blue eyes. “Passing” was understood as a peculiar promise of relative safety in a perilous world. It was also a view into the abyss, as one could overhear how people really felt about Jews. Given fuzzy hair and hazel eyes, as well as the lack of a button nose, I have never tried to pass, never considered myself white, and always checked “other” on official forms. As thousands of years have demonstrated, who and what I am has never been totally up to me…

Upon returning, I unearthed a copy of Jim Sleeper’s book “The Closest of Strangers: Liberalism and the Politics of Race in New York” and set it aside for my son to read. Come morning, I remembered that today was the 27th anniversary of the riots in Crown Heights (the accidental death of Gavin Cato, the murder of Yankel Rosenbaum), that the City Council Committee on Public Safety (which I worked for at the time) was precluded from conducting oversight hearings, and that Dinkins Administration hopes for New York City as a “gorgeous mosaic” were ultimately dashed as “Giuliani Time” arrived and metastasized. There are many shared, complex, and painful stories to tell, divergent journeys toward liberation to be acknowledged, and understood. “BlacKkKlansmen” suggests a re-framing in terms of the ongoing, intertwined stories of African-American and American Jewish communities. Explorations evolve on many fronts, and I remain hopeful that constructive conversations can unfold on the Left as the American anti-fascist coalition engages in, and expands the practice of, truly inclusive, historically grounded, artful dissent.

“BlacKkKlansmen” concludes with footage of David Duke speaking in Charlottesville about Trump being on the right track, tiki-torch toting fascists declaring hatred of Jews under the cover of darkness, protesters bravely confronting right-wing terrorists, Trump characterizing the white supremacist march as involving “good people”, and a makeshift memorial to murdered Heather Heyer. Spike Lee made a courageous creative choice to seamlessly integrate (oh yeah) the places and space where fact and fiction meet on the journey towards truth. Those who advocate “White Power” are acting upon their dreams for America. “BlacKkKlansmen” reminds us that we must not relinquish ours. Forcing a Trump resignation demands sustained, unprecedented expressions of domestic discontent as well as political coalitions beyond the scope of what currently passes for political innovation and imagination. This compelling film traverses psychic and activist territory in need of reclamation. Such terrain embodies the connective tissue that we must collectively regenerate and draw radical inspiration from during the days ahead. It’s time to light our “Red Lanterns” and let them glow! 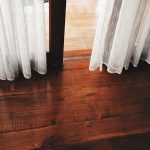 RETURNING TO THE PRIVILEGE OF POLISHED WOODArtful Dissent