RETURNING TO THE PRIVILEGE OF POLISHED WOOD

In July, I spent six days at “Literary Feminist Woodstock 2.0 with Exponents”, otherwise known as the International Women Writer’s Guild annual conference at Muhlenberg College. It was almost a week of communing exclusively with extraordinary women writers ranging in age from “Maiden to Crone”, eating cafeteria food in a sunlit, vaulted dining room, doing yoga, and living life as a fiction writer, essayist, poet, actress, and playwright. My “boasting poem” entitled “Happy Marriage” (written in June, during Marge Piercy’s juried poetry intensive) was warmly received during an open reading in front of over one hundred women writers. My ten minute play, “One Ring Rules Them All”, about three young women sharing an Easthampton beach house in 1986, was revised during “Play Lab” and given a successful staged reading. This play is contained in “The Wife in Winter: Oaths of Fealty”, the second book (in progress) of my trilogy. It was great to hear the audience laugh in response to the dialogue.  What proved most rewarding was having the opportunity to collaborate with women writers seeking to take their individual projects to the stage for the first time. We became an impromptu theater company, reading aloud scripts, making editorial and directorial recommendations, and providing all forms of technical and support for our emotionally engaging and politically grounded stories. I was the only participant who had written a play before (“Quagmire’s Depths”), one for a high school drama class, about two teachers taking their students hostage. I still have one of the key props – a fake submachine gun with a bright red plastic nozzle.

Having the freedom to move among creative forms stimulated my imagination with regard to writing and politics. At the conference, I had a glimpse of a better world, an place where “Union & Utopia” meet. Fostering friendship and creativity among women can lead to modalities of solidarity beyond the realm of what one previously thought was possible. It can generate healing from profound trauma. Women writers shared our diverse stories of survival and transcendence. We shared our heritage of struggle and oppression. We committed ourselves to another year of radical, progressive activism and shared efforts to change the world.

Upon returning, my Facebook feed had exploded with examples of “artful dissent” from across the pond. The people of the United Kingdom turned out to ridicule the current occupant of the White House, suggesting that he be “Fed to the Corgis.” Their creative solidarity with us points the way toward winning our battles. Humor, cultural criticism, historical context, and theatrical insight are vital tools of our resistance. Consider that “Trump Baby Balloon”, full of hot air, floating above London…Let a thousand such balloons float over every American city and town! The president and his macabre minions must be made unwelcome everywhere – but with style. Remember “Billionaires for Bush?” “Artful Dissent”  is a process we should embrace and enjoy. How can despots be defeated? The public space they inhabit must shrink every smaller with each passing day. Can this American President be dislodged in a creatively non-violent fashion, consistent with democracy? Why not? We’ve only just begun to try…Nixon resigned against all odds. Perhaps, it’s time to “party” like it’s 1974?

While attending the literary conference, the wooden floors of my modest home were refinished. My husband had ripped out most of the eroding wall to wall carpet and dissolved all the glue. The previous homeowners did not believe there was wood beneath layers of old linoleum and had cautioned us accordingly. My persistent, often immobilizing allergies had been traced, via extensive patch testing, to the deteriorating carpet fabric. This health challenge led to domestic excavations and discovery of a new reality on the ground. Luckily, we found out that conditions could be changed fairly quickly and at a manageable cost. After almost twenty years of misery, I returned to a more habitable dwelling. Marveling at the beautiful floors that were buried for so long. I wondered how much hidden potential for transformation lies within each of us. It’s important to examine what gives us pain, relentlessly pose tough questions, and dig ever deeper, asking more of ourselves and our world. I’m grateful for the privilege of polished floors and returning to the security they represent. In capitalism, one cannot take anything for granted. 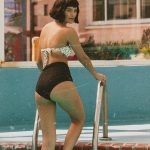 POOLS AND PROTEST: THE SUITS WE WEARArtful Dissent 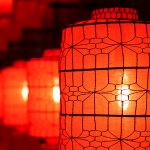