I’m tossing these non-pussy hats into the air to honor the idealistic spirit of Mary Richards and her fictional Minneapolis colleagues as well as those smaller, local media markets where most of you started out. Yeah, these are berets, but this is not about Monica Lewinsky. My budget for giveaways is much smaller than Oprah’s and I’m just trying to warm up a cold room. We’re also weeding out the women journalists in menopause – gotta get them off camera and out of print before we have to pay some pensions. The only “Old Gray Lady” allowed is The New York Times. Maybe some of the women from “The View” have a “L’Oreal” dispensation clause in their contracts? Because they are definitely worth it. If only the rest of us were…

In the interest of historical and feminist continuity, let’s open with where “Filthy” Michelle Wolf left off. We all know what saying such a woman is “filthy” really means – the subtext is “Dirty Jew.” Yeah, I see that Tiki Torch aflame at 1600 Pennsylvania Avenue, you can’t fool me, I know you’re coming for my village…Michelle Wolf, who has bravely told us about the craven, greedy wolf at our door, has entrusted us with some important follow-up questions: “Flint, Michigan, how’s the water? How broke is the president and how much of an anti-semite? As for the Corporate Media who elevated a disreputable millionaire from my old neighborhood, do I roast you individually or collectively? Jeff Bezos, should you really own Amazon and The Washington Post and have contracts with the CIA? Chris Matthews, is it too early to call California for Clinton in 2020? Rachel Maddow, you keep telling us we’re going to enter the Promised Land but it never happens. Are your spies lying to you? Rupert Murdoch, how did you wind up owning FOX and The New York Post in the same media market? Did you get help from Democrats and Republicans? FOX? Are you really here? Out in public and claiming to be journalists? And you think you’re among friends? Have you no shame? Masha Gessen, are you here or is the setting way too anti-intellectual? Please help Americans learn that the differences between authoritarianism and totalitarianism are not statistically significant – especially when it comes to body count. April Ryan, we’re depending on you to channel Oriana Fallaci, Helen Thomas, and Ben Bagdikian. No pressure.

POTUS: M.I.A. again. How does one find humor in American Fascism? We’ll figure it out. Trust me. “Friends, Romans, Countrymen…How’re we going to shake things up and overthrow the status quo?” Oops, that’s the Bernie Sanders 2020 Campaign Dinner. Got my R.S.V.P. on the evite wrong. Regrets Only.

Yeah, everything after Wordstar 2000  is a mystery! So is this unconventional hosting experience. They gave me this job because nobody wanted it. I’m a quasi Luddite woman writer over the age of fifty – they figure I’m used to being ignored and invisible. Tonight, well, this is my last, best chance for days of glory. I’ve been plucked off the stool at Schrafts – by I.C.E. agents who think my immigrant mother arrived here illegally – and thanks, to C-Span, been placed into the heartland of America…And I want to believe America still has a heart.

Do we have any psychiatrists, psychologists, or psychiatric social workers in the audience tonight? Anyone from INCEL joining us this evening? You came stag, you’re leaving stag, but we’ve got plenty of people who can help you here tonight – so exchange those business cards. Discreetly. A public service. Thank you.

No matter what, this is still a nerd journalism prom, so I’ve got to answer some “Who, What, Why, When, Where, and How” questions.

Who’s my date tonight? My son and husband. A domestic threesome. My son is religious so no f-bombs unless Calgon takes me away. I checked my ouija board earlier and heard from Joan Rivers. She wants to know “Who am I wearing?” This black strapless gown with rhinestone pin is from En Toto Couture, dating back to when they were on Northern Boulevard across from Leonard’s. It’s vintage “Reconstructionist Bar Mitzvah.” Why am I wearing it? Because my son is now twenty-six and it still fits! Talk about the miracle of using canola oil! While I operate under conditions of fashion austerity, our First Lady has adopted a lush style of “provocative concealment.”There’s an expert consensus among radical gay hairdressers that she’s always covering her body up in odd ways. I think it is to protect a top secret book deal that will someday set her free.

When are we going to complete our unfinished revolution? Now. Honestly, how much longer can we afford to wait? How? By doing what we’ve always done – transforming culture, critiquing what all of you keep doing on bended knee for Corporate America, taking it into the streets and to the ballot box. Don’t let Sinclair Communications become ubiquitous and agenda-setting like that old shampoo commercial, dominating our consciousness and so on and so on and so on…

What is to be done? First, let’s stop doing harm. Hey, New York Times, did you really need to fire all those copy editors? How can I tell the real news from the fake if I can’t even read it?

What is to be done? Let’s consider our own complicity in what’s unfolding. Did your lucky kids hear from their private preschools and colleges? Did you get the white privileged Legacy Good News? Are they safely on their way to being members of the ruling class just like you? Have you passed on every last one of your socioeconomic privileges? Thought you did! Do you know the teacher/student kindergarten ratio in public schools is 1:25? Do you feel guilty and uncomfortable with your precious children having three teachers and maybe fifteen other kids at most in their well-equipped classroom? Hope so. You should. If you feel really bad, make a generous donation to Class Size Matters, led by the indomitable Leonie Haimson. You’ll feel much better. Let it trickle down while the poor and working class bleed…

How is all of this to be endured? Honestly, I can’t believe that Ivanka and Jared have made it through another seder. How can you understand yourself as having left Egypt and as once being a slave if you’re sharing the bread of affliction with the Pharoah himself? Jared, while pleased about snaring a formerly shiksa goddess, probably thinks he might have avoided all the mishegos – after all, he married into it – although given the family history, what respectable Orthodox family would accept him as a son-in law anyway? As for Ivanka, no matter how hard she tries – converts – there’s no escape. They’ll be plagued for the rest of their lives and in every generation. So sad. Really.

Which leads us to the future and the future of N.Y.C. mayors in national politics. My fellow Americans, don’t listen to Henny Youngman. DON’T TAKE OUR MAYORS! PLEASE! Stay away. America, you’ve exercised good judgment and ignored Democrat John “Who Didn’t Send Snow Plows to Queens” Lindsay and Republican Rudolph “Stop and Get Frisky” Giuliani. Let history be your guide and stay away from Bill “Fake Progressive” deBlasio who’ll let the real estate overlords perpetually raise commercial rents and gentrify your town and Billionaire Michael “Those Term Limits Don’t Apply To Me” Bloomberg, who is rich enough, unlike the current president, to buy off all potential opposition.

What I’m hoping you’ll do: Treat Sarah Huckabee Sanders – a.k.a. “Aunt Lydia” – as “Ron Ziegler 2.0” with better eyelashes. Remind this administration of the commandments, particularly the one regular Americans can understand: “THOU SHALT NOT STEAL!” Keep these people from privatizing our public schools and looting the public sector. Remember: This is a President who would turn to a tablet-bearing Moses and say: “You’re fired! I’m going with the Golden Calf! It’ll match my toilet.”

It’s been fun. Yeah, my passport is up to date, the few family jewels sewn into the lining of my fake fur coat. Make sure they don’t burn my village, or anyone else’s. Make sure they don’t blow up the world. Use that First Amendment or lose it. Know you are accountable to the vulnerable citizens of  Flint and other struggling communities across this country. This is your mission -mission impossible – and I hope you will accept it. America will self-destruct in five seconds. Thank you. 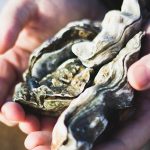