The Wife in Winter: Seduction of The Muse

It’s the final countdown! After ten years of drafting, crafting, and editing, (all of which were continually interrupted by child-rearing, eldercare, friend care, and other profound moral obligations) I’m almost done with the first book, “Seduction of The Muse”, of my “Wife in Winter” trilogy.

In the autumn of 2007, I began exploring what it might mean to write an epic novel about women writers, love, politics, feminism, history, heartbreak, and the specter of mortality. A close woman friend had died of Ovarian Cancer that summer and I decided that attempting this project could not wait any longer. I had already written a novel, “APOLLONIAN SUMMER”, but set it aside. This project was calling me…and I answered. I’m writing this blog in order to share the creative, literary, and political journey behind my novel. Perhaps my experience as a writer and activist can also serve a source of empowerment, comfort, and inspiration during profoundly sad and challenging times. The current right-wing Administration will not break my spirit – I have lived through Nixon, Reagan, Bush,  Bush, and the betrayal of progressive ideals by some who consider themselves Democrats. A burning desire to close the gap between the world as it is, and the world as it might be, keeps me moving forward.

Each day, I awaken with a heightened awareness of place and time and an awareness of elections past (1968, 1972, 1980) . My mornings begin in 2017 but most of my time has  been spent wandering the terrain between late Summer 2007 (when my novel begins) and Winter 2009, when President Obama was inaugurated (and my trilogy concludes). I hope you will join me in these travels. I am grateful for your company. 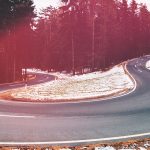