The Mid-Life Dreams of Marjorie Morningstar

In the late Herman Wouk’s  (who passed recently at age 103) coming of age novel “Marjorie Morningstar”, a young actress endures heartbreak while struggling to build a theatrical career. Wally Wronken, a talented lyricist and composer, admires her from afar. After becoming successful, he visits Marjorie Morganstern, now Marjorie Schwartz, at her suburban home on the Fourth of July. Wally realizes that a  man he has never met played a pivotal role in her life. Like many readers, I have never been satisfied with how the novel ends…

“Marjorie, when did we first meet? And, who introduced us?”

Ah yes, I remember it very well…We met during my last year of high school. Your story was the last meaningful novel my late father recommended before I left for college at age sixteen. Your epic tale of female socialization served as warning and inspiration. The novel contained all the stories and advice that my father could not put into words.

Dearest Marjorie…To my surprise, our adult lives are so similar. And now, I am finally older than you. Mid-life finds you mostly content, but this must be due to your fictional nature and being the offspring of a male author. Wonderful Marjorie, you remain Herman Wouk’s greatest female character and creation  as well as a key literary antecedent of “The Marvelous Mrs. Maisel” television series. After a visit to the suburbs, your old infatuated theatrical colleague, the still smitten impresario Wally Wronken, decides that you were only extraordinary because of your desire to be such, to change your name while seeking fame and become “Marjorie Morningstar.” Otherwise the historical verdict remains: Marjorie Morganstern, an aging local beauty and retired thespian, another nice Jewish girl who fulfilled her destiny after a brief interlude of poverty, artistic struggle, and fornication, by wedding a lawyer and raising a family in leafy, prosperous suburbs. Yes, it must be lovely to have a waterfront home in Westchester, three healthy children, and a happy marriage to Milton Schwartz. You probably cast your last presidential ballot during the 2008 campaign season. Marjorie, did you gather with other widows in Boca Raton to watch the general election returns, wondering which way Florida would go this time around? Did you shift your loyalty to Obama from Hillary during the 2008 Democratic Primary? I’d like to think that you, like my later mother in law, did.

Marjorie, at age forty, you told Wally that you’d “never stopped dreaming.” The content of those mid-life dreams was never articulated and shared. Wally is puzzled by your odd, sweet summer waltz and, after an extra highball, receives an apologetic, cool kiss that remains unexplained. Marjorie, I accept that you relinquished a theatrical career but still wonder: Have you secretly pined for the elusive, troubled, and heroic Michael Eden (who sought to rescue European Jews from fascism) and the possibility of nobler, more intellectually stimulating romantic companionship?

From a “Morganstern” to a “Morningstar” to a “Schwartz” – your life summarized. You shed the toxicity of Noel Airman, married at an all too posh wedding at the Hotel Pierre, outlived a younger brother (who perished in World War II), parents and in laws, buried a child, finessed financial setbacks, and secure a version of “The American Dream.” A pretty teenage daughter practices “Falling in Love With Love” on the piano, your sons and handsome spouse, sweaty from softball (“The Great American Pastime”), go to the beach to watch fireworks. We know Wally’s dream and unfulfilled desire, that he will never have the second kiss from our lips under the lilacs. Marjorie, what about your desires? Were there private dreams that transcended personal fame? Did they come true? Did your heart shatter after Wally departed, suffused with awakened passionate memories or did monogamous marriage to Milton Schwartz embody domestic bliss? Wally insists upon the happiness of your conventional life. Somehow, I cannot truly believe it.

At twilight, I toast Michael Eden, recalling the haunted deck of the Queen Mary and the possibility of shipboard romance while a world teetered towards war. Transitional Men, where can they lead us, other than astray? Perhaps some may bring us homeward, to our best and forgotten creative selves. Come midnight, I shall sip my Brandy Alexander and keep dreaming of troubadour kisses amidst snow flurries and beneath lilacs. Thank you, Herman Wouk for the priceless gift of “Marjorie Morningstar.” The voices of my characters (particularly “Melanie Glass Schwartz”) are calling me back to the page. Tonight, I will write…

Mindy Ohringer’s poems “Marjorie’s Lilacs Parts I & II” (inspired by “Marjorie Morningstar”) appear in the Spring 2019 issue of “October Hil Magazine.” This essay is based upon a chapter in “The Wife in Winter: Seduction of The Muse”, the first installment of a trilogy about women writers, their struggle to create, and the 2008 presidential election. 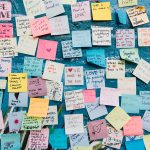