REINVENTING THE WHEEL OF FEMINIST DISCOURSE, “GIRL POWER”, AND THE LEGACY OF CHATTEL

Without Hillary Clinton in the White House, moderates and neoliberals are wide awake and deeply uncomfortable with the status quo for the first time. Terrified and disgusted folks are advised (particularly in the aftermath of the most recent women’s march) to channel dissent into the 2018 Midterm Elections (and, eventually the 2020 presidential election) while hoping that Robert Mueller’s investigation will, somehow, save us from a full term (let alone two terms) of Trump. REALITY CHECK: It’s only the threat of revolutionary change that has made the ruling class back away from their policies of perpetual war and greed. While it was great to see thousands of women marching against sexism (Haven’t seen so many out there since the women’s marches of the early 1980s trying to secure the E.R.A., protect safe and legal access to abortion, and opposing to the Hyde Amendment) and vocalizing distaste for Trump, radical demands were kept to a minimum. What’s our path going forward? How do we effectively confront fascism while modeling civility and inclusiveness? Can one light a progressive fire beneath the feet of centrist corporate Democrats, encourage Trump supporters to change their views, and inspire more people to make left of center activism a greater part of daily life?  YES! We’ll have to explain to our misguided fellow citizens (an identity quite different from being a voter or consumer) that one’s suddenly mushrooming 401K is not synonymous with the Common Good or shared Economic Growth. We need to keep in mind that what we’re fighting for is transformation of our society not the mere installation of a new neoliberal regime.

While frank discussion (“Naming, Blaming” and Claiming”) about the oppressive nature of women’s lives in Capitalist Patriarchy has re-emerged, it is disconcerting that folks need to take “FEMINISM 101” and become radicalized all over again. What hasn’t changed during the past twenty years is a failure to nurture radical feminist consciousness, sustain critical examination of female socialization, and truly build a strategic mass progressive feminist movement that embodies genuine sisterhood. The more recent feminist work of Roxanne Gay, Rebecca Solnit, Chimamanda Ngozi Adichie, Judith Butler, and Kerra Bolton, as well as the #MeToo advocacy of Tarana Burke (and this list or the one which follows are not exhaustive) can be provided with additional historical context as another generation of feminists becomes familiar with “In a Different Voice”, “The Second Shift”, “Gyn/Ecology”, “Toward a Feminist Theory of the State”, “Against Our Will”, “Reviving Ophelia”, “The Time Bind”, “Nickel and Dimed”, “The Managed Heart”, “I Am Your Sister”, “Sister Outsider”, “A Lesser Life”, “Letters to a Young Feminist”, “The Hearts of Men”, “Right Wing Women”, “Pornography: Men Possessing Women”, “Capitalist Patriarchy and the Case for Socialist Feminism”, “The Dialectic of Sex”, “Snapshots of a Daughter in Law”, “No More Nice Girls”, “Beginning to See the Light”, “The Second Sex”, “The Feminine Mystique”, as well as the classic anthologies “Sisterhood is Powerful” and “Our Bodies, Our Selves.” Without an organic feminist movement generated emphasis upon women’s experience and history, the mainstream media winds up setting the parameters of and constraining feminist debate. One could argue there’s been much more superficial public conflict about motherhood (framed as “stay at home vs. working”) and pornography (framed as “women being anti-sex or pro-sex”) rather than coherent discussion about the long term impact of wage inequality (as a key aspect of sexism), racism, sexual assault and harassment,  access to health care, and the formative consequences of care-giving/child-rearing responsibilities upon the content/texture of women’s lives in capitalism. The task of defeating fascism (of which misogyny is one facet) presents us with an opportunity to heal the rifts in the feminist movement by  compelling us to more deeply examine the common experience of women as chattel.

Instead of a focus upon the feel good sloganeering of “Girl/Grrl Power”, we need to face rather than obscure the lived experience of women during all stages of life within capitalist patriarchy. As feminists, our task is to remind a Daughter (biological and/or spiritual) that our suffering is simultaneously ancient and contemporary…that She was once a Slave…She was Property…That while legally free and a full sexual being entitled to pleasure, her body remains a Commodity to The Men Who Rule…While imploring her to continue seek liberation for herself and her Sisters.  A feminist must explain to a Son that his mother was once Property and not Person…and he must be implored to shed privilege so patriarchy can be shattered again and again….Until what it means to be truly human is discovered and ethically lived on a grand scale. The journey of worldwide feminist resistance and revolution encompasses our past, present, and potential futures, collective and individual. As we grow in our ability to understand and explain the nature and history of female life in capitalism, there will be a greater likelihood that our world can be changed for the better. 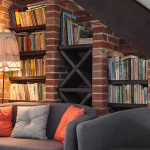